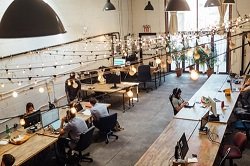 Changes are being introduced by the Fair Work Commission for those employers that pay annual salaries with a number of new annualised salary clauses to be inserted into a number of modern awards with effect from 1 March 2020.

Employers with employees covered by the modern awards listed in the industries/occupations below should review their employment contracts and update their HR and payroll practices in preparation for the changes being introduced on 1 March 2020:

A highlight for all employers to take note of is that almost all employers employ clerical and administrative employees.  With the Clerks – Private Sector Award 2010 being one of the awards affected, it is likely that these changes will impact the majority of employers in one form or another.

What are the changes?

Depending on which modern award(s) apply to your workforce, the model clauses will impose a number of detailed mandatory requirements on employers who pay employees an annual wage in satisfaction of specific modern award entitlements.

Examples of some of the changes include being required to advise employees in writing of:

In addition to the requirements of what to advise in writing, employers are required to ensure employees are at all times adequately compensated by their annual wage, including:

Why have the changes been introduced?

Whilst it is common practice for employers to pay an overall annual remuneration to award covered employees, very few employers audit these annual salaries on an annual basis to ensure the overall remuneration compensates employees for each individual award entitlement they are entitled to.

It is hoped that these changes will improve the practices of properly compensating employees for the work they perform.

What do you need to do?

Employers should review their employment contracts and update their HR and payroll practices to comply with the new obligations.

This will involve understanding which modern awards apply to your workplace and whether employees are currently paid correctly for the work they perform.

We recommend that you speak to your HR and/or legal advisor to understand how these changes will affect you and what you need to put in place to ensure you are compliant.

Disclaimer: this information is of a general nature and should not be viewed as representing financial advice. Users of this information are encouraged to seek further advice if they are unclear as to the meaning of anything contained in this article. Davidsons accepts no responsibility for any loss suffered as a result of any party using or relying on this article.